This research aims to see the potential and strategic development of religious ecotourism in the Drajat village, Paciran District, Lamongan Regency. The method used in this study was seen from three main points of observation, interviews and documentation which were summarized using qualitative descriptive analysis with the SWOT method approach. The results of this study are as follows: first, the strength of religious tourism in Sunan Drajat’s grave is a very strong and hereditary religious culture that occurs in pilgrims. Secondly, the weakness in this research is that tourism objects are less extensive and management is still sectoral ego on certain parties. Third, the threat in this study occurs in pilgrims who are reduced in the melenial generation or productive age due to the erosion of technology. Fourth, the opportunity in this study is the amount of regional government contribution in the development of the tourism sector. 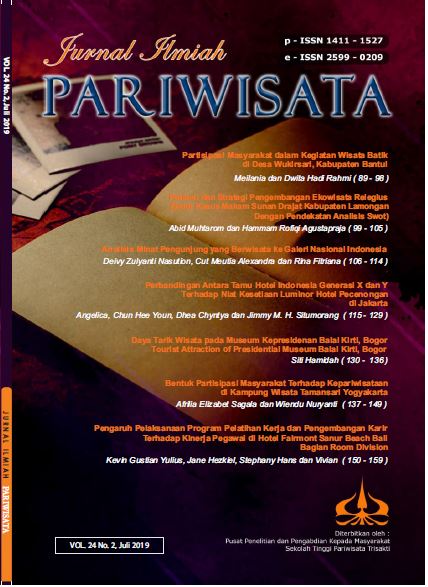