Bandung is a large city with a Muslim majority population and is a leading tourist destination in Indonesia, so that it has the potential to develop halal tourism. Nevertheless, some stakeholders in the city of Bandung, such as hotels and restaurants are still reluctant to direct their business to be halal-certified. The purpose of this study was to analyze the readiness of halal tourism stakeholders in the city of Bandung. Data collection was carried out by conducting observations and interviews with tourism stakeholders, including hotel entrepreneurs, restaurant owners, travel service bureaus, tourism destination parties and associations as well as the City of Bandung Tourism and Culture Office. The findings of the study, First though not yet having a halal certificate, entrepreneurs in the tourism sector have applied the concept of halal. Second, the Bandung City Government is in the process of making policies related to the concept of halal tourism. Third, a small number of tourism businesses do not really expect the existence of halal tourism label obligations, because it is considered not important for foreign tourists. 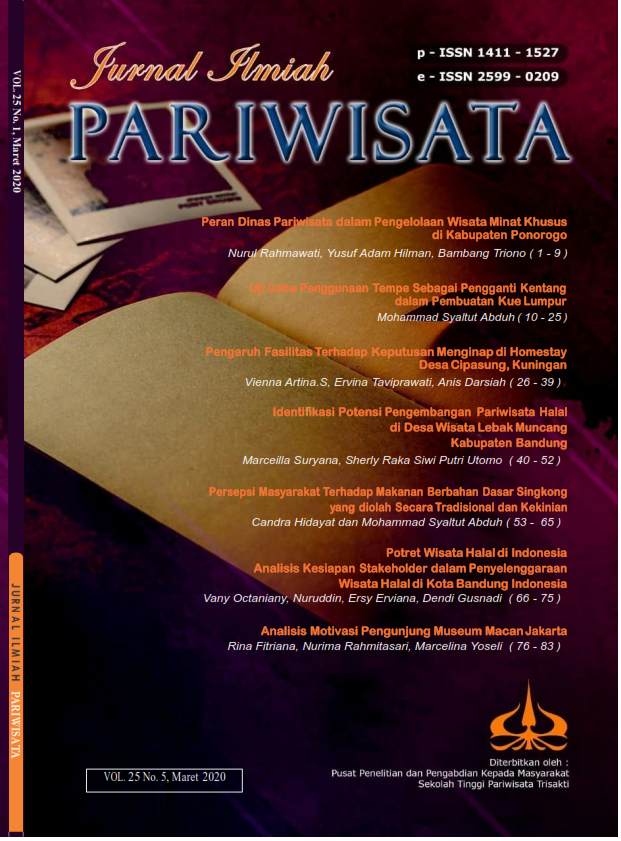